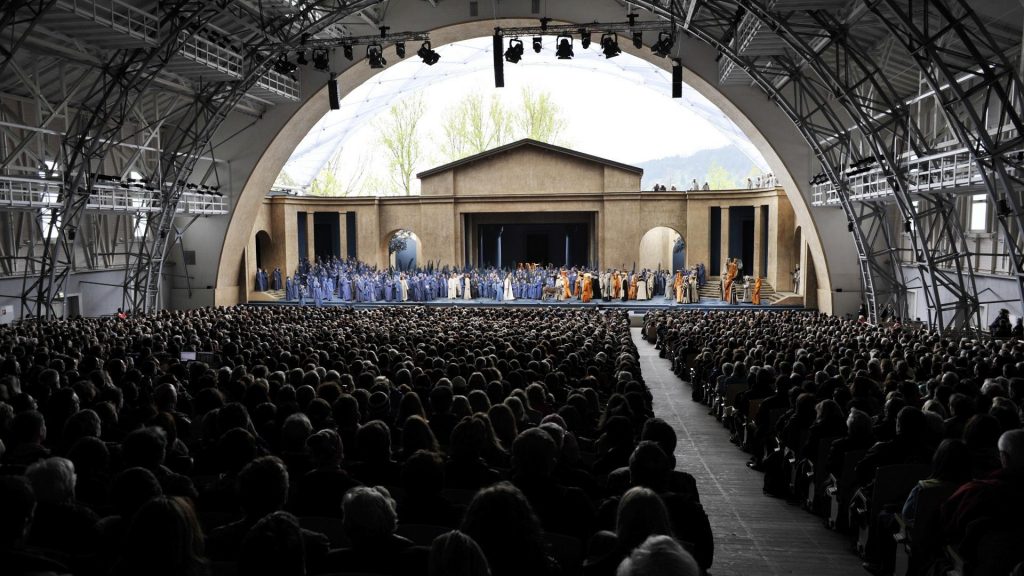 There are certain events that a person should see in their lifetime such as the Oberammergau Passion Play, which has a tradition steeped in faith.

Oberammergau may not roll of the tongue, but the small European town has been performing the passion play for almost 400 years, making it the most famous Passion Play in existence.

Unique Experience Once Every Decade

Every year, hundreds of organizations and performers re-enact the passion play all over the world, but none of them are like the unique experience of Oberammergau. The village has been performing the play every 10 years since 1634 using open-air stages and text from four different manuscripts dating back to the 15th and 16th centuries.

The tradition began when the villagers prayed to God in 1633 to spare their German village from the bubonic plague that was ravaging the rest of Europe. In return, the village would re-enact the life and death of Jesus every 10 years. When the death rate of bubonic plague slowed the following year, the village believed they had been spared by God and have kept their vow of performing the play every decade.

It Takes a Village

The Obermmergau Passion Play involves more than 2,000 performers, musicians, stage hands, etc., all from the village. For five months, the play is performed over and over again to the delight of tourists and villagers with more than 100 performances during the 2010 season.

Every decade, more than 500,000 people travel to the village to experience the passion play. The play begins in the afternoon, but doesn’t conclude until the evening and includes a short meal break. The play features dramatic music, live theatrical performance and static tableaus that depict the life, death and resurrection of Christ as well as excerpts of The Old Testament.

Peru Travel Connections Can Get You There

It may seem like there is plenty of time to plan your trip since the play doesn’t begin until 2020, but tickets to this event and packages that include accommodations go fast. Contact Peru Travel Connections today and we can help plan the perfect trip to take in the passion play as well as other European sites for a truly once in a lifetime vacation.